Dr. Joe in Ecuador and Peru

Most people feel a need to give back.  That drive arises from within oneself, but may be conditioned by religion or encouraged by the milieu in which one lives.  I trace my trips to Ecuador with Interplast to all three factors.

Seven and a half years into seminary, studying to become a priest psychologist,  I heard a talk by a priest who ran a mission in Guatemala.  At the conclusion, he invited anyone with an interest to go and see what he was talking about.  I took him up on the offer, spending three weeks at the mission, shocked by what I saw.  Sixty percent of the children of San Lucas Toliman – the mission location – died before the age of five.  I saw them daily at the clinic, dying of malnutrition, dying of tuberculosis.  I had never witnessed anything like it, and knew I wanted to return to help.

The conditions I had seen brought home to me the uselessness of a psychology major.  What was I going to say – “I see you’re depressed. I’m sorry you’ve lost your three children to disease and malnutrition.”?  I finished a nursing degree and went back for six months.

I examined a lot of children with birth defects and a lot of adults with hand injuries from badly aimed machete swings. I saw too many children with burns.  The poor in Guatemala lived in one-room smoke-filled houses with an open fire in the center for cooking.  Children proved frequent victims.  I remember the sad case of one boy who suffered seizures, and had fallen into the fire on more than one occasion. All of this captivated me.

San Lucas Toliman had no phones. One morning, until that moment undistinguished from any other, a man on a bicycle handed me a telegram from my fiancée. “You’re IN Minnesota!  Congratulations” the telegram exclaimed, meaning that I had been accepted into medical school. I was beside myself, but the people there – illiterate for the most part – couldn’t understand the entire hullabaloo. I followed my normal custom of driving to a little village clinic that night, on this occasion offering to buy a beer for everyone in town.  Again, no one understood my elation, but all were glad for a free beer. Uncelebrated by the milieu I wanted to help, I returned to the United States to become a plastic surgeon.

During my senior year of residency (this at the University of Wisconsin), the chief of surgery took us on an Interplast mission to Ecuador. Interplast, founded by experienced plastic surgeons to help third world children with birth defects or burns, has a history of some three decades. I have been going yearly since 1984, realizing only in the early nineties that Fairview not only encourages such missions, but offers financial help toward travel and supply costs. Many could not go without this assistance; in my case, this generosity has enabled me to do more.

In Ecuador, the local coordinator for Interplast puts out announcements on the radio, in the paper, and by word of mouth. In the past sixteen years we have traveled to four towns ranging in size from twenty thousand to two and half million (Guayaquil). In all four locations, we have operated on people who have come from many miles around. One mother, having traveled thirty hours by bus, walked into the hospital holding a baby with a cleft lip. “Will you operate on my child?” she asked, searching my face. “Sure,” I replied with a grin, “you betcha,” as her face broke into a wide smile. Such encounters have left me hooked on this work.

A typical team consists of two plastic surgeons, two anesthesiologists, an occupational therapist, surgery nurses, a recovery room nurse, and sometimes a speech therapist. The incidence of cleft lip and palate is much higher in Central and South America than here, due, I am guessing, to malnutrition, inbreeding, bad genes, and bad luck. Ecuador offers too few plastic surgeons, but the majority of people have no money to pay for them anyway, and the national health care system remains too poor to cover all the needs of the people.

There will always be cases we can’t handle. Some hand injuries demand microscopic surgery.  We don’t dare remove really large tumors due to lack of equipment to prevent bleeding to death.  Some children come in so malnourished that they lack the protein necessary for healing. But mostly, we turn people down because of volume. We can always tell them, “We’ll come back next year,” and we do.

Nevertheless, parents are desperate. When I come out of a surgery to tell a parent how it went, another will pull at my sleeve and plead for his or her child.  When I return from lunch, two or three parents will detain me on my way in. Some, in desperation, have resorted to putting their child on any available cart and wheeling the child into the operating room themselves. To avoid errors in operating on unexamined children, I have resorted to writing the patient’s name with indelible ink on his or her arm.  No name, no records – no operation.

Most patients and parents demonstrate acceptance and resignation in cases in which we absolutely can’t operate. They hold a different view of life, considering themselves predestined to be poor or maimed.  Many tourists I know embrace a superficial view of poverty stricken people. “They’re happy,” they say. In my view, many are clinically depressed and simply resigned to their lot rather than happy.

While I consider Ecuador better off than Guatemala, I nevertheless find myself repeatedly shocked by some of the cases I treat.  A twenty-six year old man, his face deformed by a prominent cleft lip and palate, limped in on clubfeet.  He couldn’t talk well, walk well or eat well.  There was nothing I could do for his feet, but I fixed his lip and palate, and at least left him able to go out in society without being ridiculed for his face.

A sixteen year old girl with big brown eyes and thick black hair, a pink shirt and typical long skirt, a little on the pudgy side, begged us for a solution to her split upper lip. “I want to put lipstick on two lips, not three,” she pleaded. She cried for joy the next day when she saw her reconstructed face in the mirror.

The hospitals remain primitive, with flies buzzing around the operating room, undaunted by the fly swatter we keep on the anesthesia machine. I have operated in my bare feet as the temperature has risen above a hundred, it being too hot for either shoes or operating gown.  The water would go on and off, and we kept a large bucket on hand to save water to scrub our hands before surgery. The electricity was also erratic, and we would have to operate with the nurses holding flashlights!  We do the best we can under these conditions.  Fortunately, the facial area has a good blood supply, keeping infection rates from cleft lip and palate surgeries very low. I worry more with burns.

Each year, the local food makes some team participants sick, basically those who don’t follow the rules. Drink only water you know is boiled or bottled. Don’t eat fruits or vegetables that you can’t peel or cook.  Don’t buy food from street vendors.

While we have occasionally made use of a hotel, we generally stay for free with wealthy families arranged by the local surgeon. The first home I stayed in boasted seven servants, four guard dogs and a guard with an Uzi who patrolled the iron-gated grounds at night. Such wealth stands in sharp contrast to the poverty of the vast majority.

This generalized poverty leads to a high crime rate. Most people think that all Americans are millionaires who live on streets bricked with gold. Each year, someone gets robbed, usually by an unseen pickpocket. A few incidents take a more violent turn – a hand reaching in an open cab window to rip a gold necklace from around a woman’s neck, or pair working in tandem to knock down one of a couple while the other grabs the wallet when the one left standing turns around to help the first. You have to be careful.

Each year, I come back psychotic, sleep deprived – and thoroughly rewarded by my experience.  I find it inexpressibly deep and meaningful to change a child’s life. In Ecuador, I get paid nothing by parents who are happy and thankful if I’ll only take a look at their child, ecstatic if I can operate. For anything, they are profoundly grateful. I run no risk of a malpractice suit and work under less pressure. Truthfully, I have a lot of fun, and I know that in these parents’ eyes, I am a hero.

The contributions I have made will remain. I have corrected a lot of negative images. By giving former outcasts a new face, I have given them the chance for a normal social life, the chance to go to school. I have unburdened their suffering parents from the commonly held belief that they must have something wrong to have produced a deformed child.

Further, I have dispelled some of the negative images third-worlders have of Americans. Teams like those of Interplast promote Americans as caring and generous individuals among people who too often hate us without knowing us. My public relations efforts will flower for my grandchildren.

Dr. Joe’s daughter, Katie was with him in Peru. 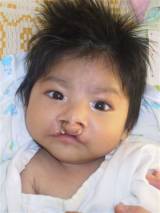 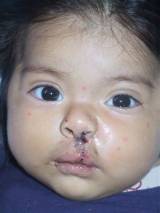 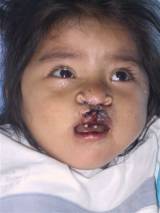 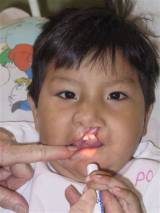 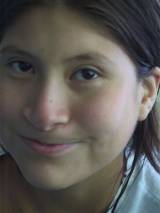 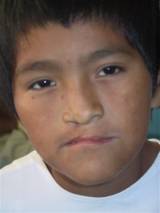 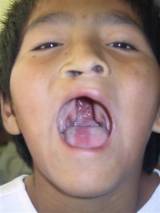 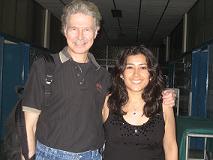 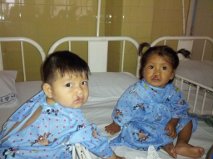 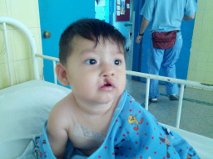 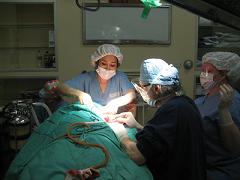 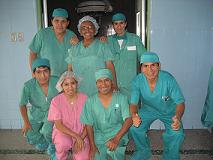 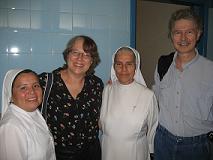 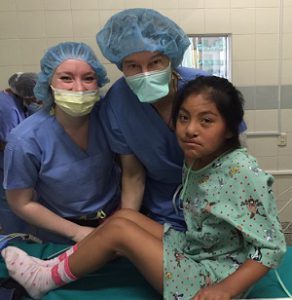 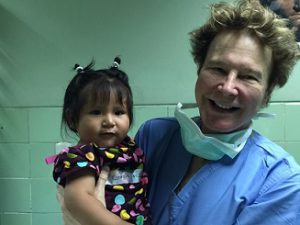 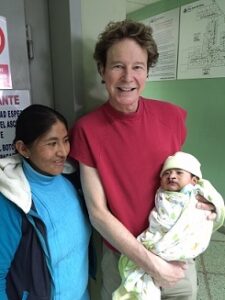 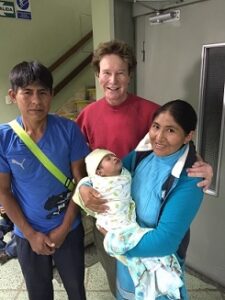