Dr. Gryskiewicz is certified by the American Board of Plastic Surgery and received a certificate of special training in cosmetic surgery from the American Society of Aesthetic Plastic Surgery (ASAPS). He has been an official spokesperson for the American Society of Plastic Surgeons (ASPS). He is Chairman of the Emerging Trends Task Force, and belongs to numerous professional organizations and committees, including ASAPS/ASPS Innovative Procedures Committee. As a moderator for its biannual “Hot Topics in Plastic Surgery” course, he keeps up on cutting-edge developments in his field. He is an active member of the Rhinoplasty Society and serves on its committees. He also holds several issued patents for surgical devices. Dr. Joe was inducted into the International Society of Clinical Plastic Surgeons in 2003.

In addition to being in private practice, Dr. Gryskiewicz, or “Dr. Joe,” is a writer and international speaker. He has traveled the world delivering over three hundred presentations to professional organizations on plastic surgery topics such as breast augmentation, rhinoplasty, hot topics, and ethics. He writes for a number of medical journals, society newsletters, and academic publications.

Dr. Joe began pursuing a career in plastic surgery after serving as a volunteer on a six-month trip to San Lucas Tolimán, Guatemala where he provided local patients with necessary medical care, as well as surgical correction of birth defects. Traveling by Jeep to the remote, guerrilla-occupied mountain regions, he worked day in and day out treating patients plagued by parasites, malnutrition, and tuberculosis. Dr. Joe also lived at the Casa Feliz orphanage, where his most moving experiences occurred working with the Cachchequal tribe of Central American Mayan Indians. The life-changing difference a simple procedure made for many of the orphans suffering from cleft lips or cleft palates profoundly altered Dr. Joe’s life.

Dr. Joe and his family have devoted themselves to helping people in Third World countries. His time in Guatemala inspired his dedication to exceptional plastic surgery, and his experiences will be featured in his forthcoming book. Tentatively titled Three Faces, this book will explore Dr. Joe’s adventures with the Cachchequal Mayan Indians as well as his other medical journeys.

Working with international aid organizations like San Francisco de Asis and Interplast, Dr. Joe travels annually to South America to operate on children with cleft lips, cleft palates, and burns. His work is featured in the “Correcting the Negative” chapter of the book, Caring Hands: Inspiring Stories of Volunteer Medical Missions by Susan I. Alexis. As a result of Dr. Joe’s extensive volunteer work, he was honored with the WCCO Radio Good Neighbor Award in 1986 and Humanitarian of the Year Award from the University of St. Thomas in 1992. He was also named one of the region’s Top Doctors by Minneapolis St. Paul magazine and has been quoted in issues of both Elle and Allure.

But more than that, as a plastic surgeon who has been going on medical missions for over 30 years, “People feel an inner desire to give back,” believes Dr. Joe. “My efforts will flower for my grandchildren,” he predicts. — Quoted in From Minnesota to the World: Fairview Hospital’s Medical Missions.

Dr. Joe lives in Minneapolis with his wife and enjoys art, photography, composing music, and cross-country skiing. An avid runner and triathlon competitor, Dr. Joe has completed the Twin Cities, Grandmas, Boston, New York, and Chicago marathons, as well as The Wisconsin Iron-Man.

Dr. Joe is one of the inventors of the Insorb Surgical Stapler, which was recognized by the Wall Street Journal as the top medical device for 2006. He holds several issued patents for medical devices. 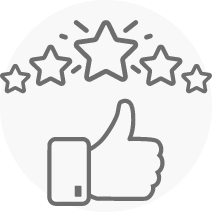 Patient satisfaction is among Dr. Joe’s highest priorities. He works to establish complete-doctor patient trust through open, honest consultations in order to gain a complete understanding of your needs and desires. We invite you to explore our online reviews to learn more about the excellent standard of care provided at Gryskiewicz & Chopra Twin Cities Cosmetic Surgery.

What is a Plastic Surgeon?

A plastic surgeon specializes in improving or reconstructing the function and appearance of the face, skin, and body through complex techniques that generally involve tissue transfer or the implantation of a prosthesis. With extensive knowledge in the art of aesthetic beauty, as well as the biology of different anatomical structures, plastic surgeons are trained to modify the body for purposes related to cosmetic enhancement, functional improvement, and post-trauma or cancer reconstruction, among many other reasons. At any rate, those who focus on cosmetic surgery are well-versed in the principles of aesthetic balance, symmetry, and proportion and utilize these concepts to achieve results that appear natural.

Why Look for a Board-Certified Plastic Surgeon?

While board certification is not required to perform plastic surgery, plastic surgeons who are formally accredited by the American Board of Plastic Surgery (ABPS) generally undergo advanced levels of training and post-graduate education to achieve such a credential. Therefore, you can assume that a board-certified plastic surgeon has exceeded the minimum training requirements necessary to practice, and passed the requisite examinations to achieve board-certification. Ultimately, accreditation from the ABPS can convey a higher level of dedication and passion for excellence within plastic surgery that you deserve in your cosmetic enhancement. This distinction can make it easier for you to feel comfortable and confident under the care of your plastic surgeon.

How to Find the Best Plastic Surgeon for You

At Gryskiewicz & Chopra Twin Cities Cosmetic Surgery, we understand that the quality of your results is dependent on finding the best plastic surgeon for your unique needs. While the importance of this decision can make the research process seem daunting, our team has outlined a few tips that can help you find a qualified plastic surgeon well-equipped to address your concerns:

Schedule a consultation
The last step in the research process involves scheduling a consultation. Meeting a prospective plastic surgeon in person provides an opportunity to ask any questions you may have about their experience, or the treatment process, while truly allowing you to determine whether or not you feel comfortable in their care.

Dr. Joe has many interests outside of his practice and spends much of his free time with his family. He and his wife have five grandchildren: Andrew, Colin, Ellie, Hannah, Lana, and Alma. Together, the family enjoys hiking, hosting big backyard barbecues, and vacationing every winter in the woods of Northern Wisconsin for cross-country ski racing. Their favorite travel destinations range from the mountains of Montana to the woods of Northern Minnesota to the sunny beaches of Florida.

Dr. Joe and his family are also passionate about helping people who live in Third World countries and have traveled to Ecuador, Peru, and Africa together. They particularly enjoyed their time in the mountain communities and small indigenous markets of rural Ecuador.

Aside from his career as a plastic surgeon, Dr. Joe is also a short film actor and music composer. He has appeared in multiple short films in the Twin Cities area and his favorite roles to play involve drama or suspense. In addition, Dr. Joe often composes choral and liturgical music, with one of the pieces he co-wrote with his piano teacher even performed at the Orchestra Hall in Minneapolis.

Have a question? No problem! We understand how important patient education is before scheduling a consultation, so we encourage you to leave Dr. Joe a question by filling out the form below! Feel free to add pictures if desired, and Dr. Joe will get back to you with an answer as soon as he can.